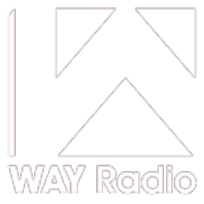 WAY Radio’s rich history from humble beginnings as one of the first Christian radio stations in Florida continues to enrich the lives of our listeners. Now with six radio stations on the air, and plans for ministry expansion in the future, it’s thrilling to see the legacy of its founder continued on nearly 60 years later.

Daniel Crenshaw Richardson was born in Jacksonville, Florida, and raised on a forty-acre homestead of piney woods and swamp land just north of town in what is now called Dinsmore. His family was a Christian family and he received training in the Word of God from his youth, accepting the Lord as his Savior because of his sister’s witness.

As a young man he was hungry for solid Bible food. He listened regularly to such established broadcasters as Dr. Theodore Epp, Charles Fuller, Dr. M. R. DeHaan, and Dr. J. Vernon McGee.

One day, he walked into the house and told his wife Joyce, “I think I’ll start a radio station!” It took more than five years and several trips to Washington, D.C., but the idea was finally given birth on May 28, 1960, when WAYR began its first broadcast day with the reading of the first chapter of John and closed the day with Helen Barth singing “The Road Leads Home”.

AM 550, WAYR was one of the first full-time Christian formatted stations in the US. Through the leadership of Dan Richardson, and the support of thousands of believers in Jacksonville, the station developed a solid base which would serve it well for decades.

In 1986, the station began to experience technical problems with the aging antenna system and there was no longer available land around the original site to allow for future expansion which would require multiple radio towers. God provided for WAYR through the sale of the original land which had become more valuable, and WAYR moved to a 70+ acre site, further south in Clay County.

Dan gave decades of his life to the development of WAY Radio before the Lord called him home in January of 1988, just before the new facility was completed. Since that time, the ministry has centered on the outreach of Christian radio and is operated through the administration of a Board of Directors. The station has since increased its power to 5000 watts during the day and added night time operation, which allowed for 24/7 ministry in Jacksonville.

In November of 1998, WAY Radio FM was added to the ministry. Located in Brunswick, Georgia, the station is located at 90.7 on the FM dial and covers the Golden Isles of Georgia. While our AM station is largely a teaching ministry, our FM station offers the very best in contemporary Christian music. In 2003, the station’s power was increased to 14,000 watts, and now covers nearly the entire coast of Georgia.

In 2008, the Brunswick operation was moved out of the Florida studios after we purchased new studio space in the historic, downtown area of Brunswick. To this day, our contemporary Christian format is one of the most popular, and most effective ministries in that part of Georgia.

In January of 2017, Jacksonville’s WAY Radio fulfilled the first step in a long-held dream by signing 103.3 FM on the air in Southwest Jacksonville.  Then again in September of 2019, the expansion continued with 104.9 FM which covers the heart of Jacksonville. 2021 was another year of expansion for our ministry as God opened the door to purchase a heritage station in St. Augustine, WAOC AM 1420, along with 96.5 FM.

These new frequencies simulcast the Bible-teaching format from AM 550. It is hoped that the move to FM is just the first of many new adventures for WAY Radio.

What is ahead for WAY Radio? Only God knows. Although the broadcasters, staff, and perhaps even our location may change, our message and goal of encouraging, challenging, instructing, and presenting the Lord Jesus Christ will NEVER change. We stand by our name WAY Radio, which is taken from John 14:6 where Jesus says, “I am the WAY, Truth, and Life…No man comes unto the Father but by me.”